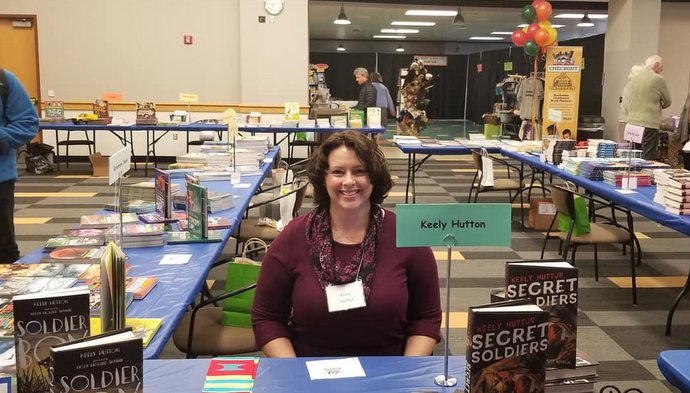 We recently met with Keely Hutton at the Rochester Children's Book Festival. An educational journalist and former teacher, Hutton wrote her first book, Soldier Boy, working closely with Ricky Richard Anywar to learn about his experience as a child soldier in Uganda. Her newest book is a middle-grade historical novel called Secret Soldiers. 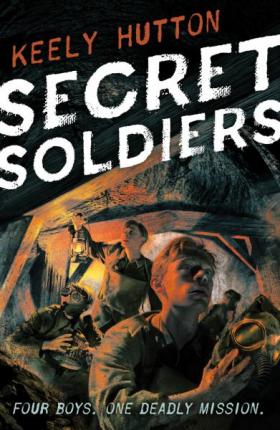 Tell us a bit about Secret Soldiers.

SECRET SOLDIERS, a middle-grade historical adventure, follows the journey of Thomas, a thirteen-year-old coal miner, who lies about his age to join the Claykickers, a specialized crew of soldiers known as “tunnellers,” in hopes of finding his missing brother. Thomas works in the tunnels of the Western Front alongside three other soldier boys whose constant bickering and inexperience in mining may prove more lethal than the enemy digging toward them. But as they burrow deeper beneath the battlefield, the boys discover the men they hope to become and forge a bond of brotherhood.

What inspired Secret Soldiers and your main character Thomas?

The idea for SECRET SOLDIERS was sparked by the BBC show Peaky Blinders. The WWI flashbacks of the show’s main character piqued my curiosity as he was always shown fighting in tunnels. A quick Google search revealed that thousands of sappers and miners tunneled beneath the battlefields of the Great War to undermine the enemy’s position and break the brutal stalemate of trench warfare. Fascinated, I researched whether any child soldiers fought in WWI and was shocked to discover that over a quarter of a million British boys lied about their ages to join the war. When I learned that many of those young soldiers were used as beasts of burden on and under the battlefields, I knew I had found my next story and began researching and writing. The main character Thomas was created to represent the hundreds of thousands of underage boys who lied to join the fight. His arc also serves to explore the theme of family and the bonds of brotherhood forged on, and under, the battlefield.

What kind of research did you need to do to create the World War I-era setting?

I spent months poring over books, articles, websites, documentaries, diary entries, and interviews about World War One and the tunnellers before I started writing. During the two and a half years I spent writing and revising SECRET SOLDIERS, I revisited those initial sources and broadened my research to find interesting, accurate details about the places and people of the Great War to build a layered setting and create multifaceted characters.

Your previous book also dealt with a young person involved in war--how did the experience of writing this book compare with writing SOLDIER BOY?

My experience writing SECRET SOLDIERS differed from writing SOLDIER BOY in two significant ways. The first difference was research. I was fortunate to have the subject of SOLDIER BOY, Ricky Richard Anywar, as a first-hand source for my research. Anytime I had a question or needed clarification, I messaged Ricky, and he would correct or verify the information. While researching for SECRET SOLDIERS, I had to rely on books, articles, documentaries, and interviews with historians to verify information as there are no surviving World War One veterans to interview.

The second difference I experienced while working on SECRET SOLDIERS was that although child soldiers are central to both stories, the reasons why the children became soldiers during WWI and the Ugandan Civil War were very different. In SOLDIER BOY, the child soldiers of the LRA are abducted and forced, under threat of torture and death, to fight for Joseph Kony’s LRA. In SECRET SOLDIERS, the child soldiers willingly leave their families and lie about their ages to volunteer to serve in the army. 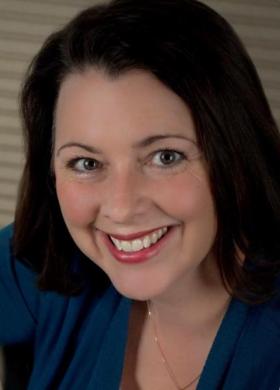 Why did you choose to tell SECRET SOLDIERS from multiple points-of-view?

While researching underage soldiers of WWI, I learned there were a variety of reasons half-a-million British boys lied about their ages to join the fight. Economic conscription played a large role in why many joined, while others sought glory or an escape from lives they viewed as worse than war. I wrote SECRET SOLDIERS from multiple points-of-view because I felt it was important to show the varied reasons driving boys to the recruiter’s table. Telling the story from five points-of-view allowed me the opportunity to share differing perspectives of the war and explore how the conflict, on and under the battlefield, forged a brotherhood between soldiers from all walks of life.

What do you hope readers take away from Secret Soldiers?

There are so many untold stories about the soldiers who served and the civilians who survived the First World War. It was such a pivotal time in history and marked the modernization of warfare. The four-year conflict began with soldiers on horseback and ended with tanks and planes. The Great War had lasting ramifications for the world, including laying the groundwork for World War Two. For many schools, however, World War One makes up a very small portion of their curriculum. My hope for SECRET SOLDIERS is that it sparks an interest in readers to learn more about the conflict and encourages educators to delve deeper into the subject in their classrooms. More information about SECRET SOLDIERS, including an excerpt and reading guide, may be found at https://us.macmillan.com/books/9780374309039.

For more information about SECRET SOLDIERS or Keely Hutton, visit keelyhutton.com or follow her on Twitter @akghutton.