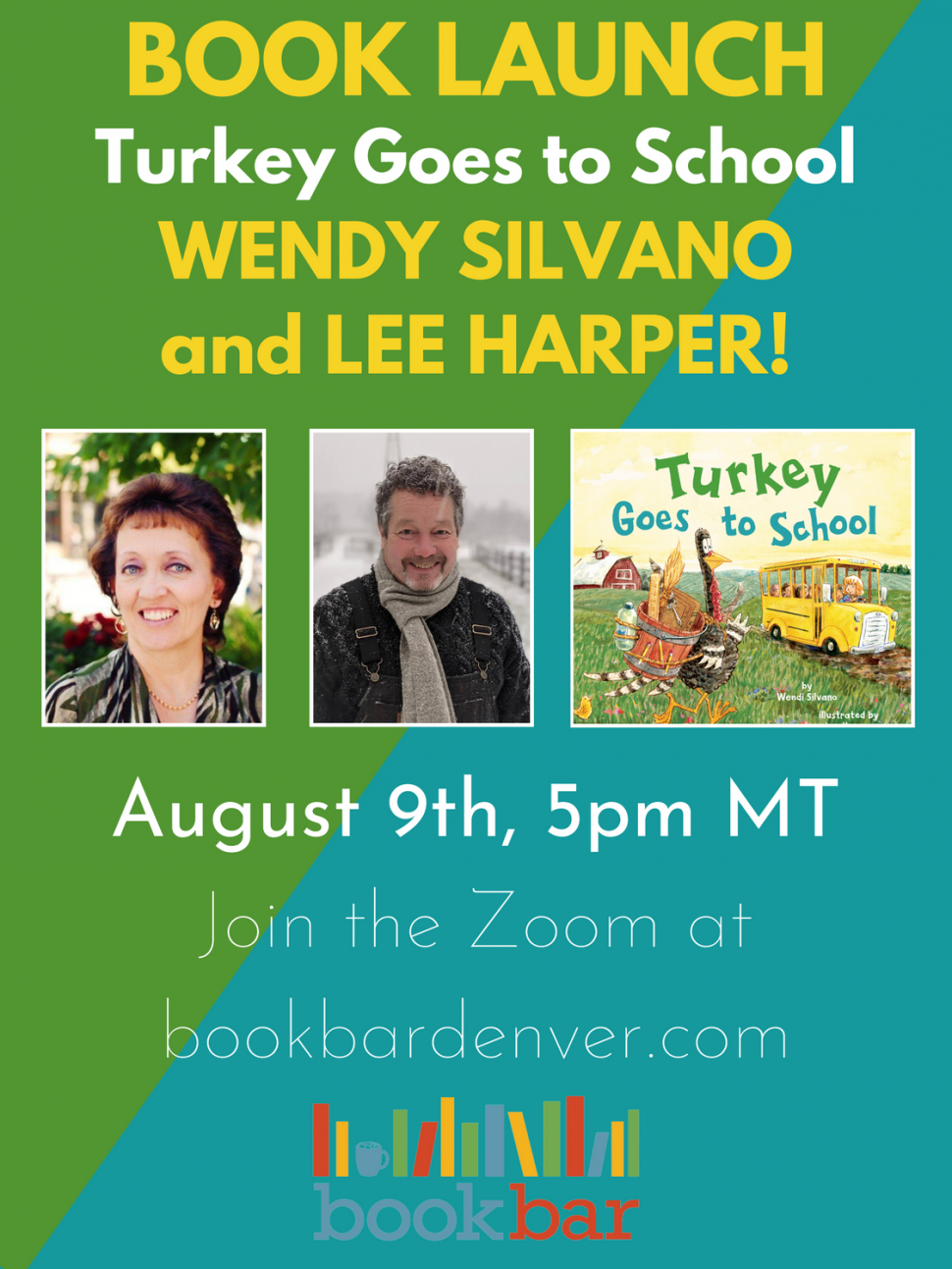 Celebrate the launch of TURKEY GOES TO SCHOOL virtually with the author Wendy Silvano and illustrator Lee Harper on August 9 at 5 pm MT!
Click here for more information about this activity
Please help us keep this calendar up to date! If this activity is sold out, canceled, or otherwise needs alteration, email mindy@kidsoutandabout.com so we can update it immediately.

Celebrate the launch of Turkey Goes to School with the author Wendy Silvano and illustrator Lee Harper on August 9 at 5 pm MT!

About the Book: Turkey is off to school--or is he?--in this addition to the much-loved Turkey Trouble series.

School is starting soon and Turkey can't wait. Each day, he and his barnyard friends practice their writing and math. But when the school bus rolls up, they are booted off. It turns out that animals aren't allowed to attend school. Pig calls it "hogwash," and Turkey agrees. All he has to do is find a way to show the students and the principal that turkeys--and their friends--do belong in school. With a gobble, gobble here; a gobble, gobble there; and a few clever costumes, he just might.

About the Author: Wendi Silvano was born in Salt Lake City, Utah, and has lived in Oregon, Colorado, and Peru. The author of the Turkey Trouble series, she has a BA in early childhood education and taught preschool and elementary school for eleven years. She is the mother of five children and the owner of an assortment of odd pets that are not nearly as clever as Turkey. She now writes from her home in Colorado, where she enjoys hiking, reading, and playing the piano. Visit her online at www.wendisilvano.com.

About the Illustrator: Lee Harper is an illustrator, author, and painter best known for his illustrations for the Turkey Trouble and Woolbur series. He has also written and illustrated several picture books of his own including The Emperor’s Cool Clothes, Coyote, and Snow! Snow! Snow! Lee received his formal art training at the Pennsylvania Academy of the Fine Arts, where he was the recipient of the Louis S. Ware European Traveling Scholarship. Lee’s books have achieved many honors and have also been nominated for state book awards.  Artwork from several of his books is included in the permanent collection of The Mazza Museum of International Art from Picture Books. In addition to writing and illustrating picture books, Lee leads interactive presentations at schools and was selected by The Pennsylvania Association of School Librarians as a top ten visiting author.

Lee has four children and lives on a small farm in Bucks County, Pennsylvania with his wife, Krista, four sheep, eleven chickens, two dogs, two cats, two ducks, two pigs, and a family of barn swallows. His favorite hobbies are bicycling, hiking, woodworking, and creating short films for his YouTube channel Stella’s Farm. You can visit Lee online at Leeharperart.com.

BookBar - Denver, CO
*Times, dates, and prices of any activity posted to our calendars are subject to change. Please be sure to click through directly to the organization’s website to verify.